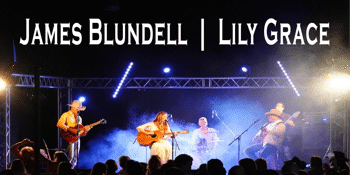 The Annie June Tour
The Lounge (The Royal) (Nundah, QLD)
Saturday, 24 July 2021 7:30 PM
37 days away
18 Plus
Country
Acoustic
Australian Artists
Send this event to
James Blundell and Lily Grace are heading to their favourite local, The Lounge in Nundah!

The pair penned the song together earlier this year, and just knew it had to be released. Following on from their successful show earlier in the year, and the release of their new single, James Blundell and Lily Grace will be gracing stages across South East Queensland.

The song ‘Annie June’ was inspired by a scene where a husband introduces his new girlfriend into a family situation. This woman is blamed for everything and is portrayed as a homewrecker. The song takes the audience on a journey of discovery where they come to an understanding that Annie June is not the sole cause of the family’s problems as people originally thought.

Don’t miss your chance to see them up close and personal as the pair radiate the stage with their infectious enthusiasm and authenticity.