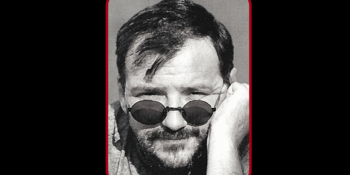 On Tour & Code One Presents

The Lounge (The Royal) (Nundah, QLD)
Friday, 27 May 2022 8:00 PM
9 days away
18 Plus
Music
Send this event to
Povratak Otpisanh Melbourne’s most popular live Balkan band that covers all of the best rock and pop artists recently performed a SOLD OUT show in Melbourne that was a tribute to one of the most recognised artists, Djordje Balašević.

After an amazing response to an unbelievably touching and emotional tribute show in Melbourne & Sydney, we are announcing a show in Brisbane bringing this full show with the 6-piece band, to the Lounge in Brisbane on 27 May, 2022!

Balašević singer and songwriter, writer, poet, and director began his career in the late 1970s as a member of the band Rani Mraz, transitioning after two albums to a solo career. He first gained mainstream prominence for writing Rani Mraz's hit "Računajte na nas", which was often described as an anthem of a generation.

Povratak Otpisanih will pay tribute to Balašević’s music, performing his most recognised material that spans his entire career.
Don’t miss this show, for One Night Only!