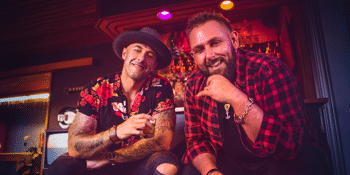 After having most of their performances cancelled in 2021 Australia’s favourite country rockers, The Wolfe Brothers, are finally heading back out on the road to continue on their Startin’ Something National Tour, and they're bring their show to The Sunshine Coast on Saturday 7th August.

Book your tickets and join the ever expanding Wolfe Pack for a great evening of Aussie Country, right here at the Kings Beach Tavern, Caloundra!