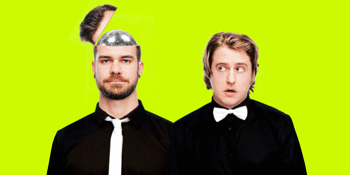 Beenleigh Tavern (Beenleigh, QLD)
Friday, 1 July 2022 9:00 pm
1 day away
18 Plus
DJ
Send this event to
We're turning the heat up with a MASSIVE DJ set from Mashd N Kutcher and we promise you don't want to miss out!

Mashd N Kutcher are a unique live electronic music act, combining their skills as a metal drummer, classic pianist and DJ’s, alongside an online presence as content creators. Since meeting in 2014 the duo have toured both around their home country of Australia, as well as globally, with over 1000 live shows across Asia, India, Europe & the United States.

Always on the edge of current affairs & pop culture, MNK continues to sample and remix the world around them, creating not only viral success online, but translating this to hit records and commercial radio success.

Signing globally with Universal Music Group in 2017, plus a deal with publishing group BMG, the duo have seen success with multiple gold records, a Triple J hottest 100 placement at #12, and regular coverage on mainstream media outlets both in Australia & abroad.